This summer I had the amazing opportunity to spend three weeks traveling around Europe.  I visited seven countries and ten major cities within them.  I did the typical touristy things and visited with friends, but I also did something that, while it’s standard for me, it’s not so usual for everyone; I observed people and their dogs.  Any dog trainer, behaviorist, or dog enthusiast will understand the joy which this activity brings me.  There were many differences I noticed between how European’s interact with their dogs versus how American’s do, and over time I plan to share those observations.  But the most prominent cultural difference that all ten cities shared was this:

Not one person interacted with a dog in public that was not theirs.

In Italy, for example, dogs are allowed to go almost anywhere with their humans.  They ride the public transit and go to the post office.  No service dog vest or emotional support animal card necessary.  Italy also had the most diverse range of dog breeds out of all seven countries that I observed.  I saw dogs of all kinds walking around in public with their owners, and not one person stopped to ask if they could pet the dog.  People could even walk their puppies past children and the children wouldn’t even blink an eye in their direction.

Wow, they must spend a lot of time socializing their dogs!

Well not exactly.  Europeans seem to spend more time working on social etiquette with their dogs versus the socialization that Americans have become obsessed with doing and generally do incorrectly.

What? I thought I was supposed to introduce my puppy to 100 different people by the time they were 14 weeks, how else would I do that but take them out in public?

First, let’s change the word ‘introduce’ for the word expose. Now we can take a different look at what it means to socialize.  To expose a puppy to people does not mean that the puppy needs to interact with them directly.  The best way to acclimate your puppy to people is to work with people that you already know or that will be prominent in the puppy’s life.  Invite family and friends over to your home and encourage a pressure-free interaction, have your guests ignore the puppy unless the puppy seeks their attention.  Ask them to remain calm with the puppy so that the puppy learns to be relaxed with people.  Go to your veterinary office frequently to say hi and have puppy get lots of yummy treats from the staff.  Do the same at the groomers long before your first grooming appointment.  Any other time you are in public allows your puppy to observe strangers from a distance but heavily reinforce your puppy for engaging you in between its observations.  This observe/engage activity is a fundamental piece of the social etiquette pie, skills like sit, loose leash walking, and recall make up the rest.

But what about everyone that wants to say hi to my puppy?

Just say no. Look, I am the first to admit that puppies are adorable and I would love to interact with them all.  But at what cost to them?  At what cost to their owners?  I have been teaching puppy classes for eight years and time and time again I hear my clients torn over what to do about “those people.”  The people that see you and your puppy out in public and proceed to gush all over the puppy flooding them with praise and attention.  Sometimes they ask if they can pet and sometimes your puppy’s adorableness is so blinding that they start interacting before the thought of asking even comes to mind.  So why is this a problem?

Scenario 1:  You have an extroverted, happy-go-lucky, attention-seeking puppy and they love the attention.  Your puppy may even enjoy it so much that they jump all over the exciting stranger that just fell before them.  And where will this person be nine months and 80 pounds from now when your sweet and tiny puppy is suddenly a giant adolescent pulling towards and jumping on every human he sees? Yep, this person has inadvertently reinforced your puppy for practicing bad habits as well as taught them that every stranger is a party.

Scenario 2:  Now let’s say your puppy is more of the introverted, shy away from strangers, stick to what’s familiar type.  A person approaching to ask if they can pet can be scary enough for this puppy.  The person who forgets to ask is downright terrifying.  And no, this is not socializing a shy puppy.  It’s doing just the opposite by reminding the puppy that strangers are still going to flood its safe zone.  Nine months from now this puppy will have gone through another sensitive period and has now resorted to barking and lunging at people who approach because the calmer requests for space didn’t work.  Did anybody ask the puppy for permission?

So whatever puppy you have, be a good advocate for them and just say no.  You will be the one living with your puppy for the next 10+ years.  A stranger’s 15 seconds of happiness is not worth it.

You do not have to say no for the remainder of your dog’s life, but while they are learning how to navigate living in our human world lets do the best we can to help them succeed. Once they have earned their social etiquette puppy badge, you can then allow them to greet people in public when you feel it’s appropriate for your dog.

Just because my dog is in public, it does not make him public property.

For those of you reading who fit in the “those people” category please, for the love of dog, admire our puppies from a distance and only interact if we seek you out.  If not for the reasons provided above then please for the next one I’m about to share.

Hospitalizations due to dog bites are astounding in our country.  My observations made me curious to know how Italy’s dog bite statistics compared to our own.  Please note that dog bite statistics are incredibly hard to find, I did my best to find the most comparable studies as possible.  These statistics were all taken collectively from hospital reports that listed ‘dog bite’ as the primary cause of the visit but excluded fatalities from dog bites. In a study of Sicily, Italy with the average population of 5,000,000 the total number of dog bites reported was 140 between the years 2012-2015.  In a study of Maryland, USA with a population of 5,785,982 the total number of dog bites reported was 5084 in 2010.  Let me repeat, Sicily had an average of 46 dog bites per year while Maryland had 5084! We have a dog bite epidemic on our hands, and the first thing we need to work on is human impulse control. 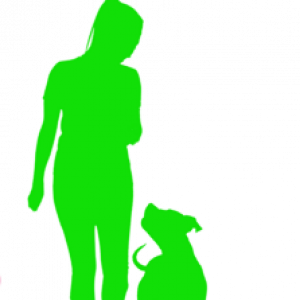